We have improved the helpdesk’s behavior when opening a ticket. When the ticket thread loads, it will open at the beginning of the most recent ticket message, providing you with the most convenient view of the last message in the thread. 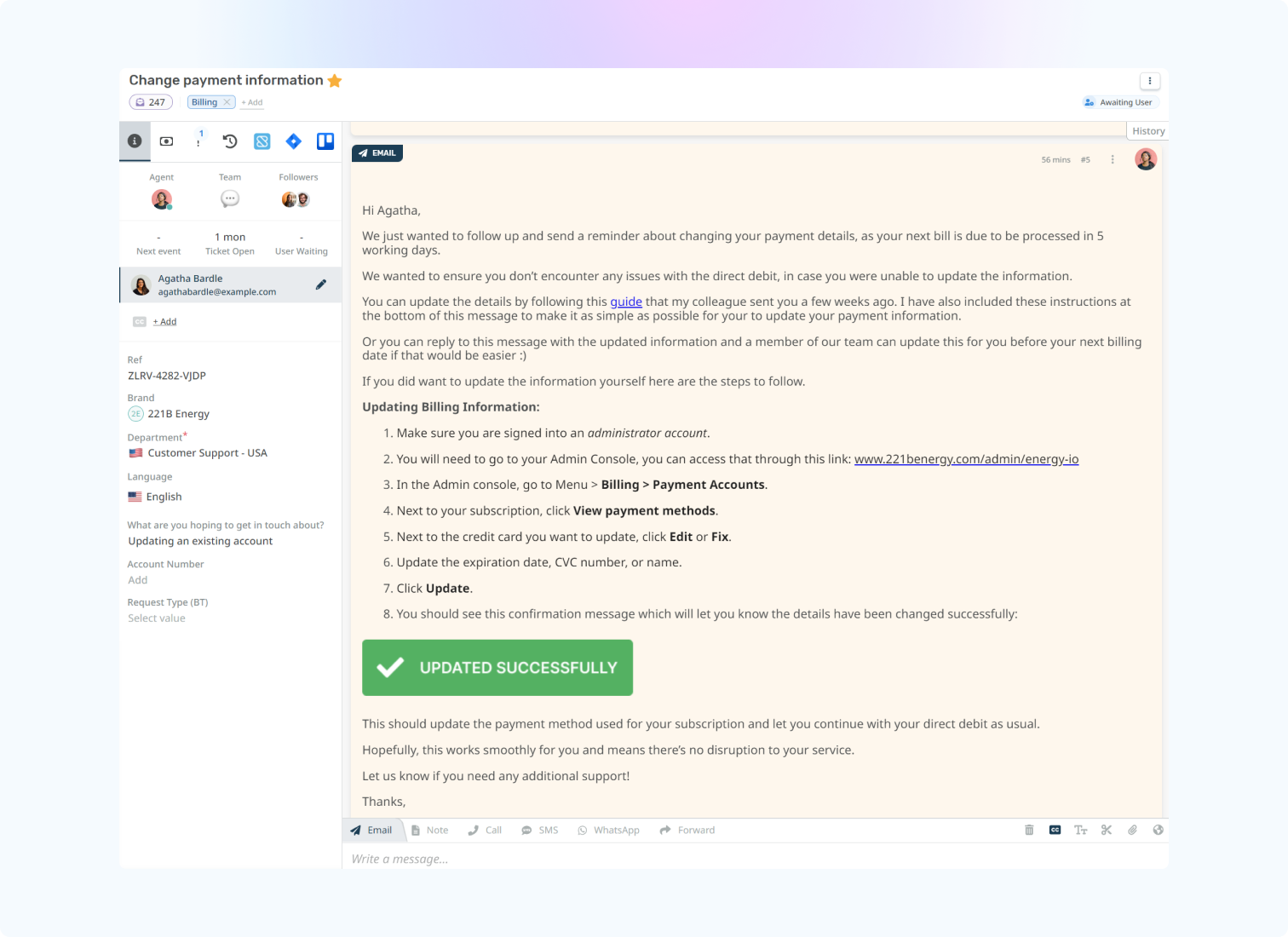 This change has been implemented based on customer feedback where individuals with long signatures or those sending and receiving particularly lengthy ticket messages had to scroll to the beginning of the message when opening a ticket.

We wanted to make the context when opening a ticket as useful as possible, so automatically scrolling to the top of a ticket message when opening the thread provides a more instinctive ticket-opening behavior.

If you wish to move anywhere else in the thread after the ticket has loaded, you can scroll to any other parts of the ticket thread, up or down, with no issue.